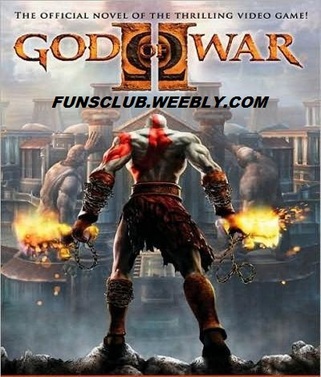 God of War 2 is a third person action-adventure video game developed by SCE Santa Monica Studio and published by Sony Computer Entertainment. It was first released for the PlayStation 2 video game console on March 13, 2007, and is the second installment in the God of War series and the sequel to 2005's critically acclaimed God of War. The game features improved puzzles and four times as many bosses as the original. God of War II, along with God of War, was remastered and released on November 17, 2009 as part of the God of War Collection for the PlayStation 3 video game console. The remastered version was released again on August 28, 2012 as part of the God of War Saga, also for the PlayStation 3.
God of War 2 is loosely based on Greek mythology, and is set in Ancient Greece. The player controls the protagonist Kratos, the new God of War who has killed the former, Ares. Kratos is betrayed by Zeus, the King of the Olympian Gods, who strips him of his godhood. Kratos is saved by the Titan Gaia who instructs Kratos to find The Sisters of Fate, who will allow him to travel back in time, avert his betrayal and change his destiny. God of War II is chronologically the sixth chapter in the series, and forms part of a saga with vengeance as a central theme.
God of War 2 was regarded as one of the best PlayStation 2 games and action games of all time. IGN listed the game as the second best PlayStation 2 game, and both IGN and GameSpot consider it to part of the closing phase of the PlayStation 2 era. The game has sold more than 4.2 million copies worldwide as of June 2012, and was the best-selling game in the UK during the week of its release.
The gameplay of God of War II is very similar to that of its predecessor, God of War. It is a single-player video game that features a fixed camera that shows a third-person view. The player controls the game's protagonist character Kratos in a combination of combat, both normal and quick time, with platforming and puzzle game elements. The player navigates Kratos through a long series of tests, trials and mazes to achieve goals. Many of the combination attacks used in God of Warreappear, and the game features four times as many boss fights and improved puzzles than the original. Combat includes a quick time event (QTE) feature that is initiated when the player has weakened a strong foe. The player performs actions on the control device shortly after the appearance of an on-screen prompt using the circle button on the controller. It allows limited control of Kratos during the QTE cinematic sequence. If the player succeeds, the battle ends, whereas failure usually resulting in damage.

Note :- This is a RAR file you must have winrar in your system to install this Game